The Repertory Arm of PETA 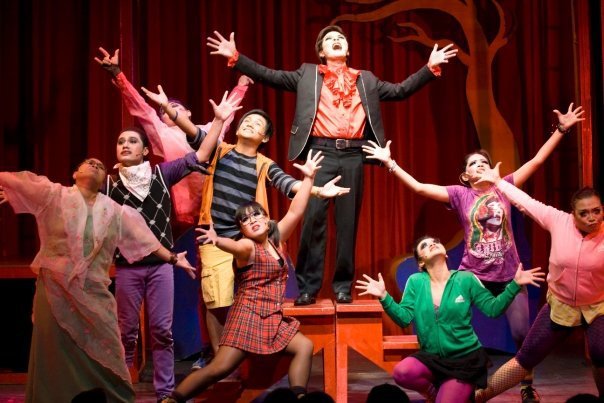 The Kalinangan Ensemble (KE) is the repertory arm of PETA. Composed of competent artist-teachers, the KE is tasked with designing a cutting-edge, dynamic, out-of-the-box theater season representing a stream of artistic styles, genres, and disciplines that allow for critical thought and expression. KE continuously strives to enrich Philippine aesthetics by the use of dramatic styles that are rooted in local culture and enriched by foreign dramatic contributions.

For decades KE has pushed for the continued use of the national language and exploration of local, traditional, and experimental forms, while remaining sensitive to the sensibilities of its audience and in the defense of the voiceless and vulnerable members of society by expressing their stories on stage. For more than four decades, KE has trail blazed paths for others to emulate as it continues to develop Philippine Theater through research, training, experimentation, and production.

KE is led by its PETA Artistic Director and one of the most seasoned artist-teachers, Maribel Legarda, who has been involved in over 80 productions as an actress, dancer, director, and choreographer. She has conducted and participated in numerous workshops locally and internationally. Her latest plays include PETA’s biggest musicals, Caredivas and the phenomenal hit musical Rak of Aegis.