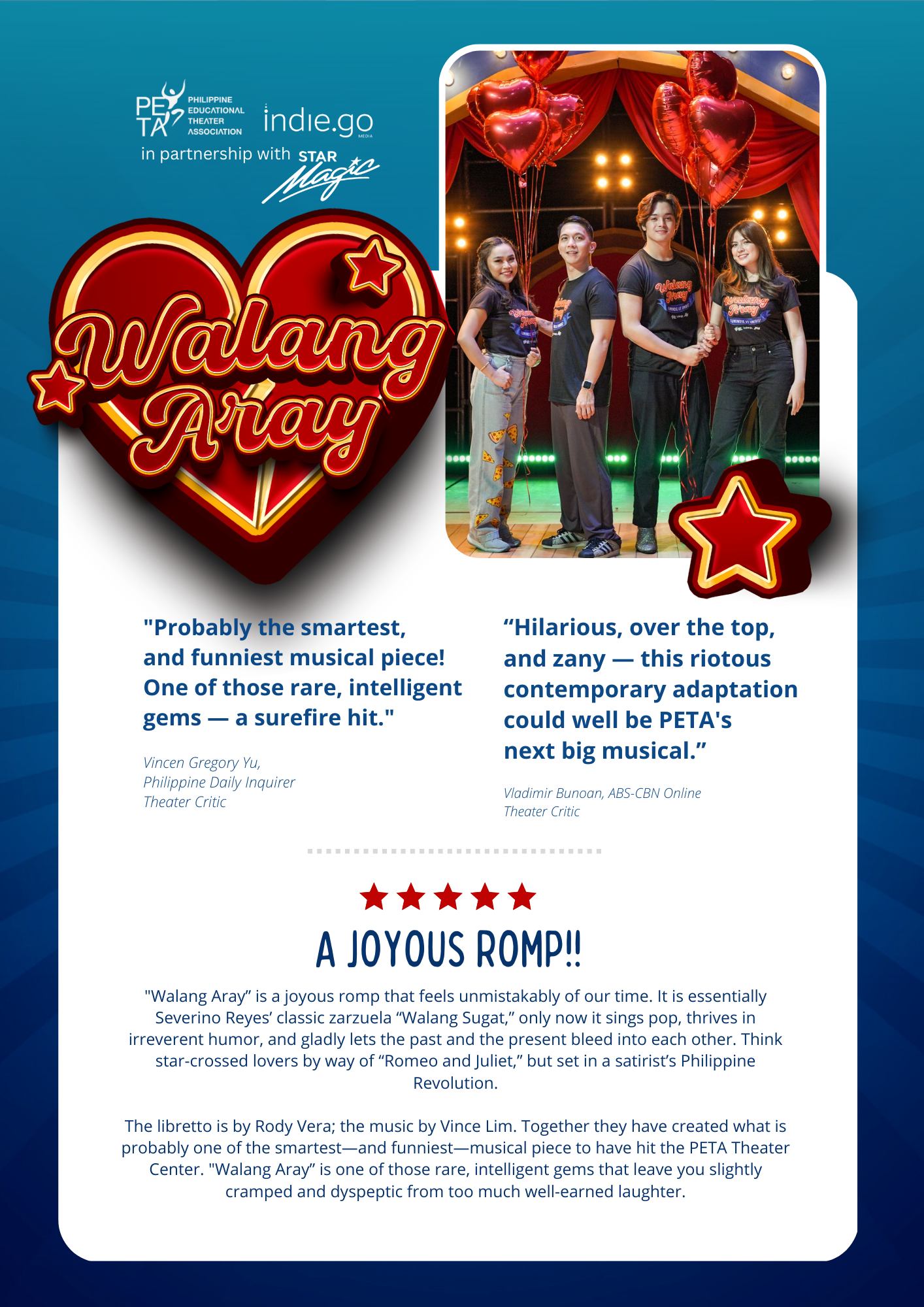 Tickets available through Ticketworld and our showbuyers. 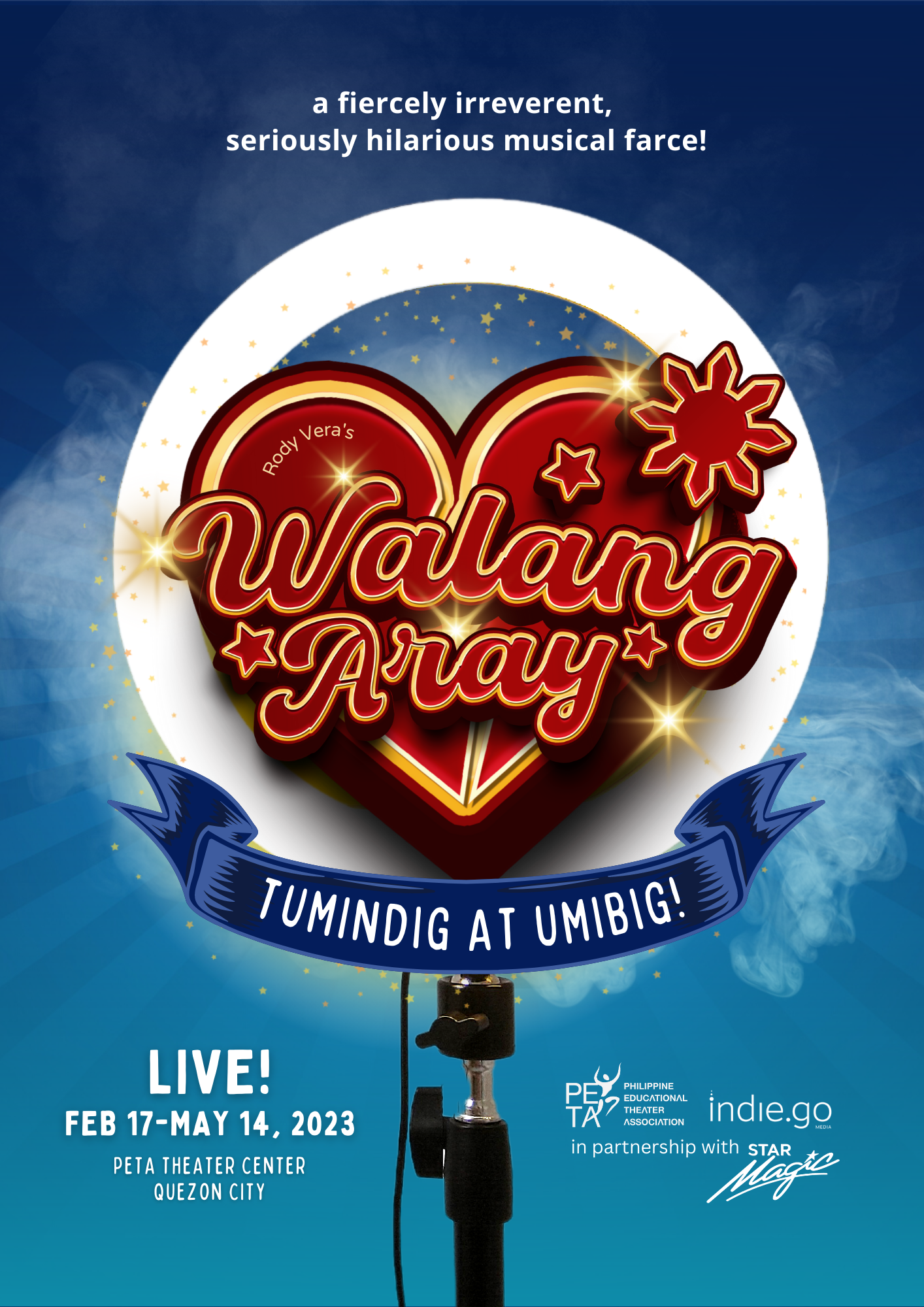 1. House management must be designed with Safety Officer, KE & MPR.
2. Individuals 18 years old and above will be required to present proof of full vaccine before entry into the building and will be asked to fill up a health declaration form via QR code.
3. At all times, well-fitted masks should be worn properly except when eating and drinking.
4. Only 3 persons at a time will be allowed to use the comfort room
5. There will be no holding area for the audience. Open house will be one (1) hour before the show. It is recommended to print this in the ticket. Holding area will be limited to venue capacity.
6. Since use of comfort room is being managed, intermission time should be thirty (30) minutes.
7. Sale of light snacks will be allowed.
8. For musicals, time of show is 2:30pm and 8pm
9. For children shows, time of show is 10am and 3pm

Walang Aray was first commissioned to me by Jun Reyes, who initially wanted to do a hip film version of his grandfather’s (Severino Reyes) great zarzuela Walang Sugat. Probably inspired by some of the jukebox musicals, like Moulin Rouge, Jun wanted a more “millennial” take on the work. His vision was to use OPM songs instead of the existing songs of the play.

The film project fell through and was shelved for almost a decade. I decided to have it read by PETA Artistic Director Maribel Legarda, hoping it could be adapted into a stage play instead. She was interested but wanted original songs written in place of the OPM covers. Initially I was a bit reluctant because some of the scenes in the screenplay were written with the chosen OPM song in mind.

As it turns out, Vince Lim churned out some spectacular music, tongue-in-cheek at times, or over the top but never getting off that constant wink at the audience.

Because Walang Aray is a spoof AND a tribute of so many layers: the story, the so-called “outdated” musical form of the sarsuwela, the historical narrative, the stock characters predating the current teleserye stereotypes, and even the context of Philippine theater as is resonates to the present time. The play operates on all those levels. Even the music laid down by Lim intentionally lampoons the form and at the same time paying homage to it, aware of the elegant roots founded on the grandness of zarzuela at the turn of 20th century Philippines.

Walang Aray also pokes fun at the usual villains in our history, but also it is just as irreverent at those we have traditionally held high in our regard: the demure Filipina, now a feisty, daring, passionate woman who knows exactly what she wants and will do anything to achieve it. At times, these characters pepper their lines of dialogue with much reflexivity, making quiet comments about their own decisions in their lives.

Everything is placed under farcical scrutiny: the hypocritical morality of religious institutions, the seeming steadfast commitment by sworn lovers but doubtful in times of desperation, even the grandiose ambitions of the zarzuela form are all probed with a winking eye.

Is this all just fun? Not quite, because by spoofing all these institutions, Walang Aray also playfully gives a bow to the foundations of our theater practice as Filipinos. It acknowledges our own fantasies of our story as Filipinos, our aspirations. We end it the way we want it to end. Here is a musical that conflates our past and present as though it were a seamless now and thereby realize that what was, still is! A problem that comes with a perfect opportunity for redirecting what we will become.

More recently, our nation has faced one tragedy after another, a string of which that can be traced far back into our historical past. And yet we seem to overcome them with a stubborn resilience and defiance in ways only we Pinoys know best: our scathing and penetrating humor. Whether we laugh at ourselves or we laugh at our oppressors, we have used it to understand and frame our lives as Pinoys, still keeping our dignity intact despite our furtive mischievous smile.

With Walang Aray, we also celebrate the joy of our little victories as artists and citizens, we revel in our historical fantasies in hopefully making clearer how we can confront ourselves squarely as Pinoys. 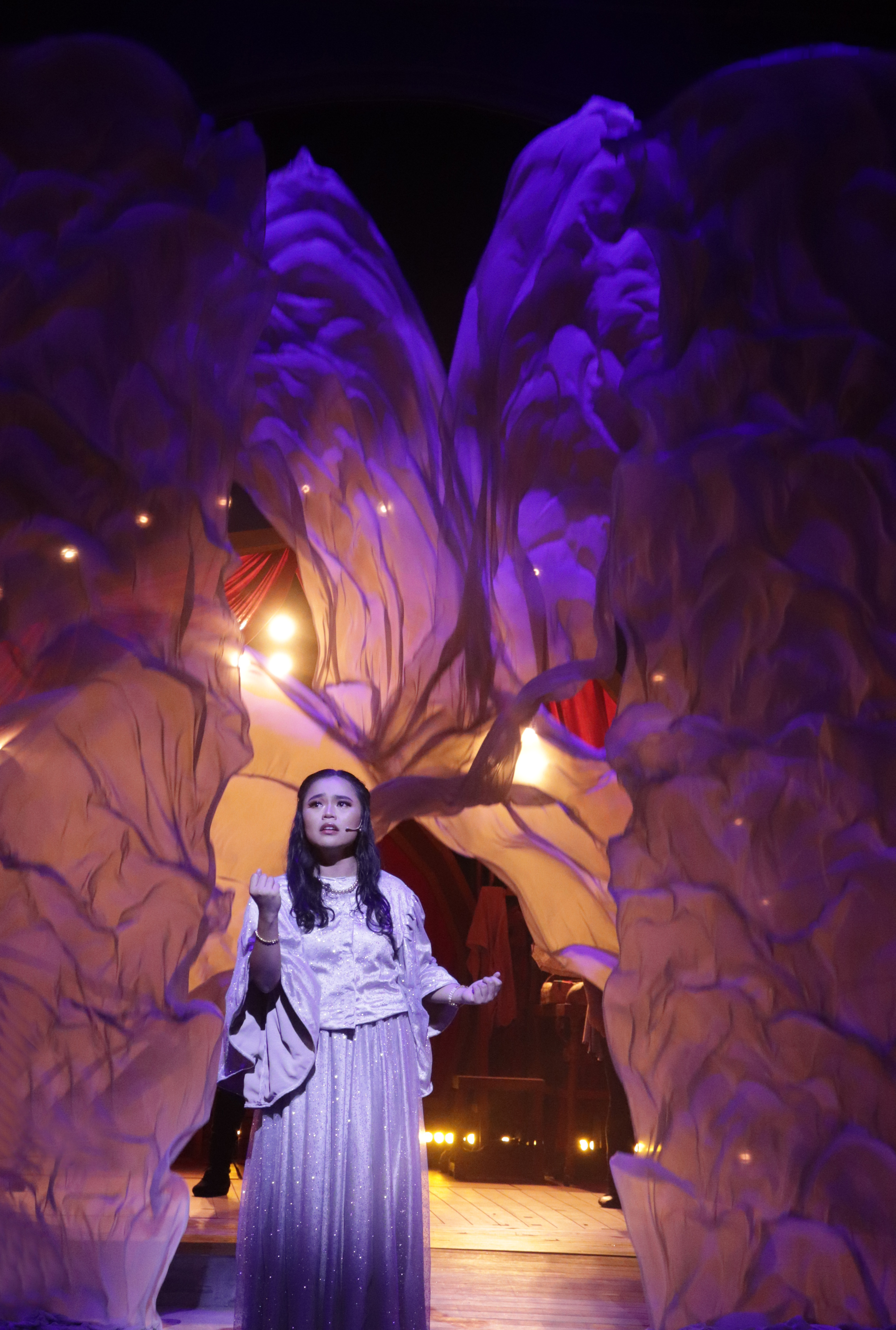